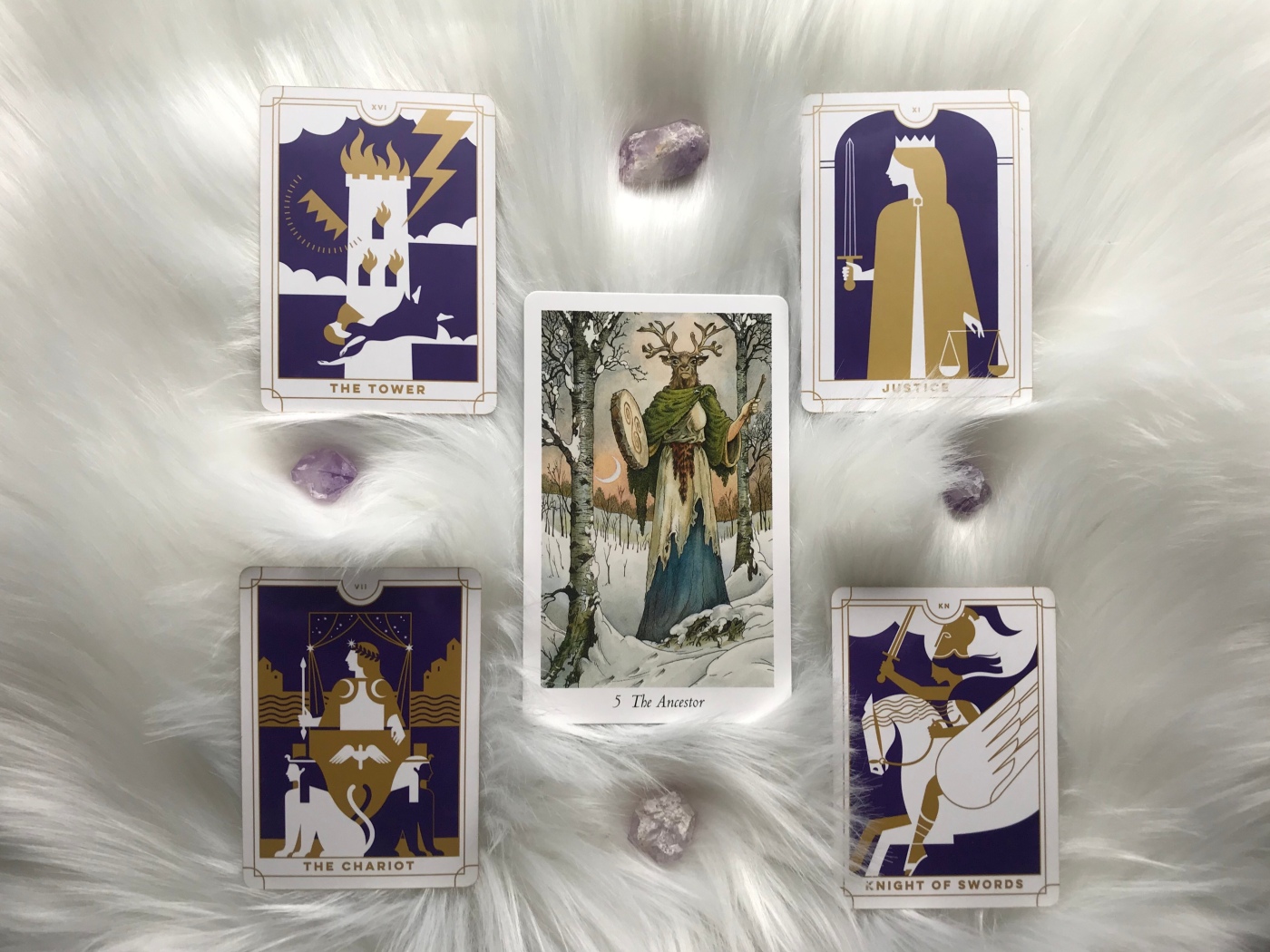 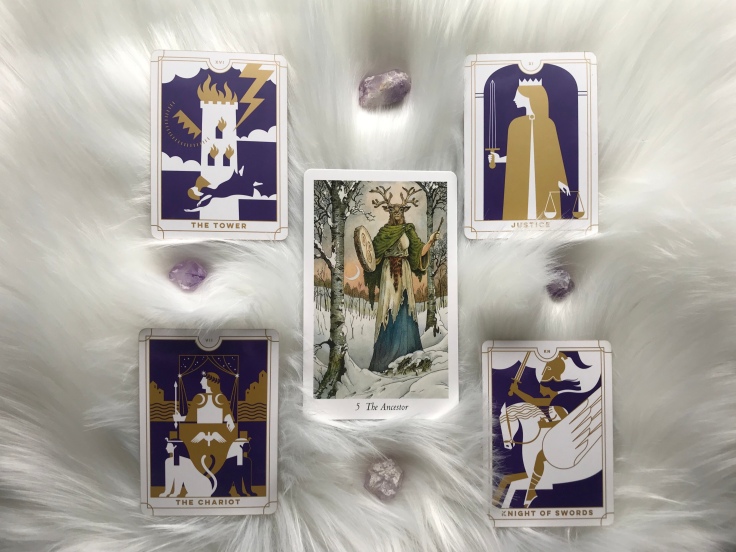 I typically perform tarot magic on a full moon for something that I want, but this supermoon I focused my magic on change and justice. For too long in America black people have dealt with police brutality while no officers are held accountable. The time for change is now and we can all do our part to bring about change in any way that we can. So, I decided to use the power of the supermoon to amplify my magic.

I chose The Ancestor as the focus of my spread because they are my guides and strength. They lead us to knowledge and prepare the path for us in whatever we do. We need their wisdom to reveal hidden truths and to help us combat situations that can be dangerous for us. I called on them to lend me their wisdom and strength. 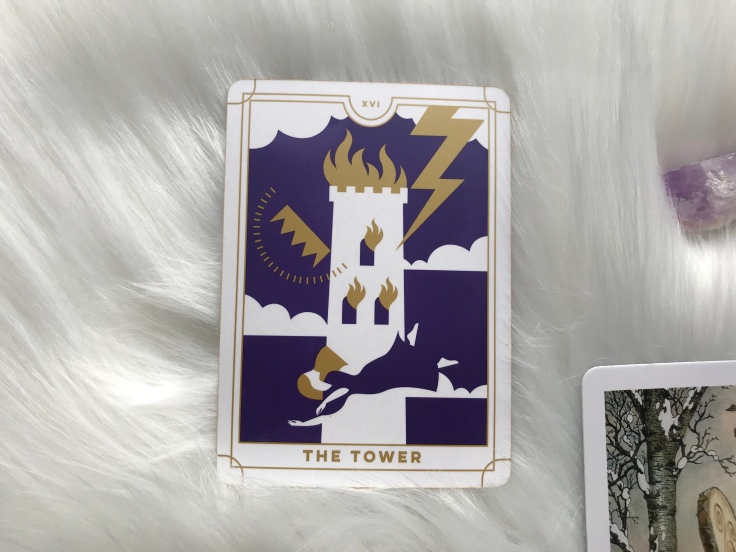 I called on the energy of The Tower because we need the foundation of systemic racism to crumble. When the structures in place are removed we can rebuild. This is necessary if we are to build a just system. 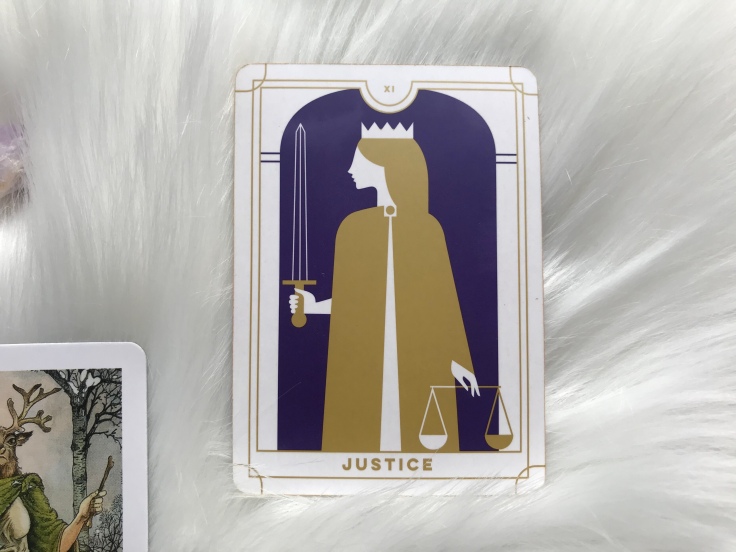 Justice for all. We need the guiding hand of Justice to remake a balance system for all. She does not see but weighs the actions and moments that lead to what is done. 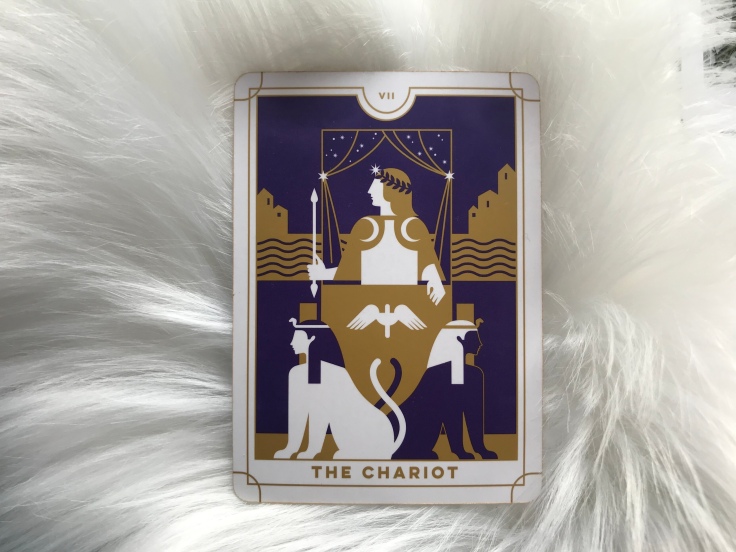 We need the drive to push forward. The fight that is before us is a marathon, not a sprint. We have to stay determined to see the fight until the end if we are to achieve our goal.

The Knight of Swords charges forward and is not afraid of what lies before. The Knight sees what the mission is and does not stop until it is complete.

The moon is my light

The Ancestors are my strength and guide

The system will be dismantled

Justice will prevail and bring balance

I am not swayed from my path

I will not stop until there is justice and peace

And so it is